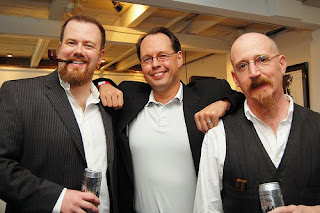 The last dog is hung, the last glass is dry, and after 24 hours of recovery, the Hero Initiative/Meltdown Comics 100 Bullets farewell party is in the books. We’ll figure out just how much the piano tuner charged us to tune a piano, but thanks to a DAMN vigorous auction, the night was both fun and profitable for Hero.

Take a look-see folks. All photos were taken by and are courtesy of Lori Matsumoto, who’s available for all your photography needs! Up top: The Rev. Dave Johnson, Jim McLauchlin, Brian Azzarello. 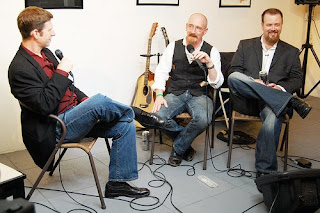 A major portion of the evening’s festivities was a q-and-a with Azzarello and Johnson, hosted by Jeffrey Berman (above) of TheWriteEnvironment.com. 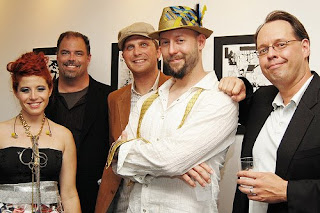 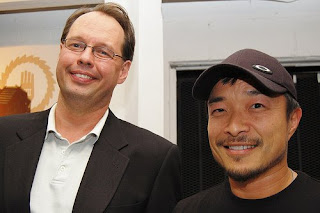 Several comic book-y luminaries showed up, such as Jim Lee (above). 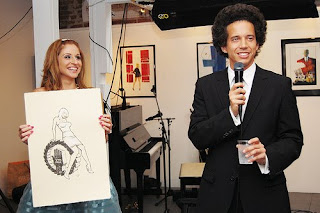 Paris Kennedy (l) and Sam Humphries (r) ran an auction which grossed $4900 on only seven items! The great Dave Johnson “Megan” piece above sold to BOOM Studios’ Ross Richie for $1100. 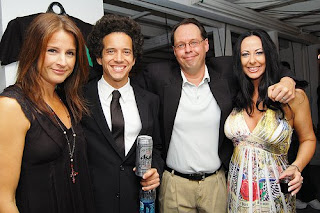 Of course, none o’ this happens without the efforts of MANY fine folks. L-R above: Hero Development Director Christina Zietsman, Sam’s Afro, half-drunk doofus, and Hero volunteer Diana Knight.

More photos are at a Flickr page, and will continue to be updated, so keep checkin’.

Seriously, if you weren’t there…what the hell is your problem?

Of Steve Gerber, Frank Cho, and Ducks With Pants