“Wake Up and Draw” and store events planned

LOS ANGELES, CA (August 18, 2016) – The Hero Initiative, the charitable organization dedicated to helping veteran comic creators in medical or financial need, is celebrating the 99th birthday of Jack “King” Kirby on August 28 with a little help from Jillian Kirby, founder of the Kirby4Heroes campaign.

More than 50 artists will get up on the morning of August 28, 2016 to simply “Wake Up and Draw.” This event is a way for artists to celebrate the day by sending a “birthday card to Jack.” All drawings will be featured in a special gallery at ComicArtFans.com, and fans can follow the action through the day on Twitter searching hashtag: #WakeUpAndDraw. All drawings will be auctioned to benefit Hero Initiative starting August 30, 2016!

And artist Phil Hester will draw all day! Hester will do 99 (!) Kirby-inspired drawings! Follow @PhilHester on Twitter to see the wonderful madness and for information on how YOU can buy the drawings!

Jillian Kirby, Jack’s youngest granddaughter, has spearheaded the “Kirby4Heroes” campaign since 2012. Jillian has recruited a number of comic stores to donate a percentage of their sales to Hero on this special day. Individual fans can visit the official Kirby4Heroes campaign Facebook page at https://www.facebook.com/kirby4heroes and donate via the PayPal link at www.HeroInitiative.org. Please type in “Kirby4Heroes” in the special instructions box.

“I founded the Kirby4Heroes campaign when I was 16 years old in June 2012, as a way of honoring the legacy of my grandfather, comic book artist and creator Jack Kirby, who unfortunately died the year before I was born,” said Jillian Kirby. “Over the past four years my campaign has been fortunate enough to raise over $50,000 for the Hero Initiative, and this year my goal is to raise $25,000! My Kirby4Heroes fundraising campaign just seems to be expanding and blossoming with new creative ideas continually contributed by many Jack Kirby fans. Watching everything come together has been very rewarding, and I look forward to the culmination of a fantastic show of support on August 28th!”

All About Books & Comics, Phoenix, AZ

Phantom of the Attic Comics, two locations in Pittsburgh, PA

The Hero Initiative is the first-ever federally chartered not-for-profit corporation dedicated strictly to helping comic book creators in need. Hero creates a financial safety net for yesterday’s creators who may need emergency medical aid, financial support for essentials of life, and an avenue back into paying work. It’s a chance for all of us to give back something to the people who have given us so much enjoyment.

Since its inception, The Hero Initiative has had the good fortune to grant over $950,000 to the comic book veterans who have paved the way for those in the industry today. For more information, visit www.heroinitiative.org or call 626-676-6354.

For more information, please visit us at www.heroinitiative.org. 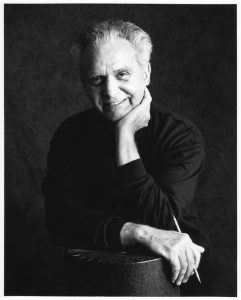 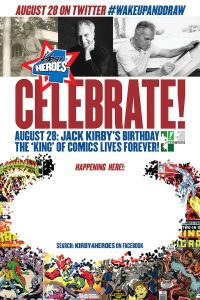