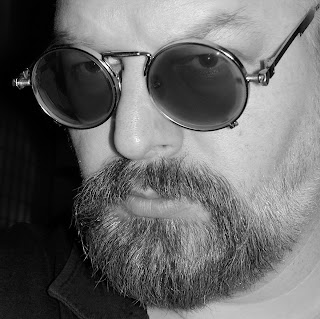 In terms of credits, well…Tom Ziuko has a raft of them as a comic colorist: Crisis on Infinite Earths, Action Comics, Superman, some Hellblazer stuff I remember very well, and the beat goes on. Dude has a resumé to die for.

Alas…he almost did. Tom has been laid low by kidney problems of late, but always soldiers on. Hero Initiative has helped him in that soldiering of late, and…maybe it’s best just to let Tom take it from here:

I’ve been a professional freelance colorist in the comics industry for 30 years now. I began my career in 1981. You may know me from my earlier work—the 20 years I spent working for DC Comics on a wide variety of titles and genres—from superhero comics like Superman, Batman and Wonder Woman, to animation titles like Looney Tunes and Cartoon Network Presents, to more adult-themed series like Hellblazer for DC/Vertigo. Perhaps you’ve seen my name appearing in the last ten years at Marvel, where I do art reconstruction and recoloring for their reprint volumes; or over at TwoMorrows publishing, where I color covers for magazines such as Alter Ego and The Jack Kirby Collector.

Or maybe you’ve seen my name on the Internet this last year, where it was reported in January that I was hospitalized with kidney failure. Yes, this last year has been a difficult one for me; made all the more so by the fact that as a freelancer, I cannot afford health insurance. I spent two months being treated in the hospital for this disease, and the subsequent months at home convalescing; unable to return to work, and unable to earn any income of any sort.

This is where the Hero Initiative comes in. The Hero Initiative, without whom, I would have to say, I wouldn’t be here today. Or at the very least, I would be homeless. After I was released from the hospital, I spent months convalescing, while jumping through hoops trying to get government assistance; such as food stamps, Medicaid and disability benefits. In some cases I’m still fighting for help that has yet to come through.

But the Hero Initiative was there for me right from the start—even while I was still in the hospital receiving treatment. They were there to help me pay back rent, and to cover my outstanding bills and utilities. And after my release, while I was still bedridden at home and unable to return to work, or even sit at my computer work station for more than a few hours a week, they continued to assist me in paying my rent, covering my monthly bills and living expenses—literally keeping a roof over my head and food on the table.

And they did so up until a month or so ago, when I was finally well enough to start to return to work; albeit on a part time basis. And then cruel fate struck again, and the unimaginable happened (or at least nothing I ever wanted to imagine). I was rushed to the hospital with excruciating abdominal pain, where it turned out that emergency surgery had to be performed in order to save my colon. Before going into the operating room, I was informed that things did not look good for me—on the downside, there was the 1 in 5 chance that I might die right on the operating table; on the upside I would probably lose up to 80% of my colon, resulting in my having to wear a colostomy bag for the rest of my life. Not the sort of thing you want to hear, but faced with a choice, I’ll take living with a colostomy bag over the alternative.

Well, I’m overjoyed to report that I had an incredible surgical team. Not only were they able to save my life, but they saved my colon as well. No colostomy, no colostomy bag. And I also want to tell you that once again, the Hero Initiative was right there to come to my aid.

I ended up spending a month in the hospital, and since my release, the Hero Initiative has been a lifesaver. You have to understand something about me: I am loathe to ask for a handout, or help from strangers. I’m in my late fifties, and I’ve never so much as applied for unemployment insurance during my life, even during the lean times that come with being a freelancer. But this was beyond me. I needed financial help, and reluctantly had to once again approach the board of the Hero Initiative for assistance.

They didn’t flinch for a moment. They immediately approved my request, and covered my rent, bills and utilities—once again, while I was still in the hospital. They also assured me they’ll be here for me while I recuperate at home. And now I can rest easier as I heal and get well, because I know they will be there to back me up.

I can’t impress upon you enough how frightening it is to actually come up against a life-threatening medical situation (not to mention two times in less than a year), and not have the financial means to survive if you’re suddenly not able to earn a living. Like so many other freelancers out there, I live paycheck to paycheck, unable to afford health insurance. Without an organization like the Hero Initiative to lend me support in this time of dire need, I truly don’t know where I would be today.

So I urge you to please contribute in any way you can to the Hero Initiative. So they can continue to come to the aid of artists and creators in our beloved comics industry that are in need of assistance. Some of us need help from time to time—to pay the bills, or to just survive; and I’m so thankful that the Hero Initiative was created, and was here to help me when I needed them.

Better than even Superman rescuing someone falling from a burning building, the board members of the Hero Initiative are true real-life superheroes, saving the lives of real people in real need in the real world. Please give what you can to help them continue to help us.

First, giant props to Tom for sharing the story. It’s an amazingly difficult thing to share such private information in a public forum, but Tom knows, first-hand, just how important is to let people know the work we do, and how it can change lives for the better. I’ve spoken to Tom several times, and he’s genuinely concerned about the “us” he mentions. He knows there’s him, and the him+1, him+2, and well beyond.

Second, our thanks go out to the people who have already contributed to Hero based on Tom’s story. Right off the bat, on Tom’s advice and consent, I shared Tom’s plight with a few “friends and family” types, who immediately opened the checkbook. Some were some rather big-name comic creators. I don’t wanna out any one here, but let’s just say some names might rhyme with “Schmad Beltzer” and “Flobert Hirkman.” If you’d like to follow their lead so we can continue to help Tom in his convalescence, and many others like him, we certainly would appreciate it.